Pex hill resident and prolific North Wales activist in the 70s and 80s.

Phil sadly passed away from cancer on 15th February 2021.

Urban legend (round Pex Hill at the time [early 1980s]) had it that after pulling through the crux of Right Wall, he called across to the photographer and asked him if he had enough shots, or did he need him to down climb it and do it the crux again! [1]

As somebody from Warrington he was an inspiration and legend. Never forgot the time I saw him turn up at Pex on his motorbike. Then reverse soloed Dateline in his leather jacket with his helmet hanging for in his arms. I could swear he was wearing trainers. [2]

Though our favourite stomping grounds often overlapped I only met Phil a handful of times. The first time, appropriately, was at Pex. The quarry was empty and I was committed about two thirds the way up Hart's Arete. Phil appears and I ask if the top is ok. "Aye" Phil mutters, and walks off. Of course, the top of Hart's is the only place at Pex where the top slopes. Next time we met he'd forgotten his earlier sandbagging of me and accused me of playing the same trick on him in the Peak (I don't know who had, but it wasn't me). He was the ultimate competitor, though one that I know had many deeply loyal friends. [Andy Popp, 3]

Phil used to claim to Joe [Healey] he didn’t train. Joe told me about calling round for him to go climbing one day. His mum answered, said he was training with weights in his bedroom, told Joe he was always training! [4] 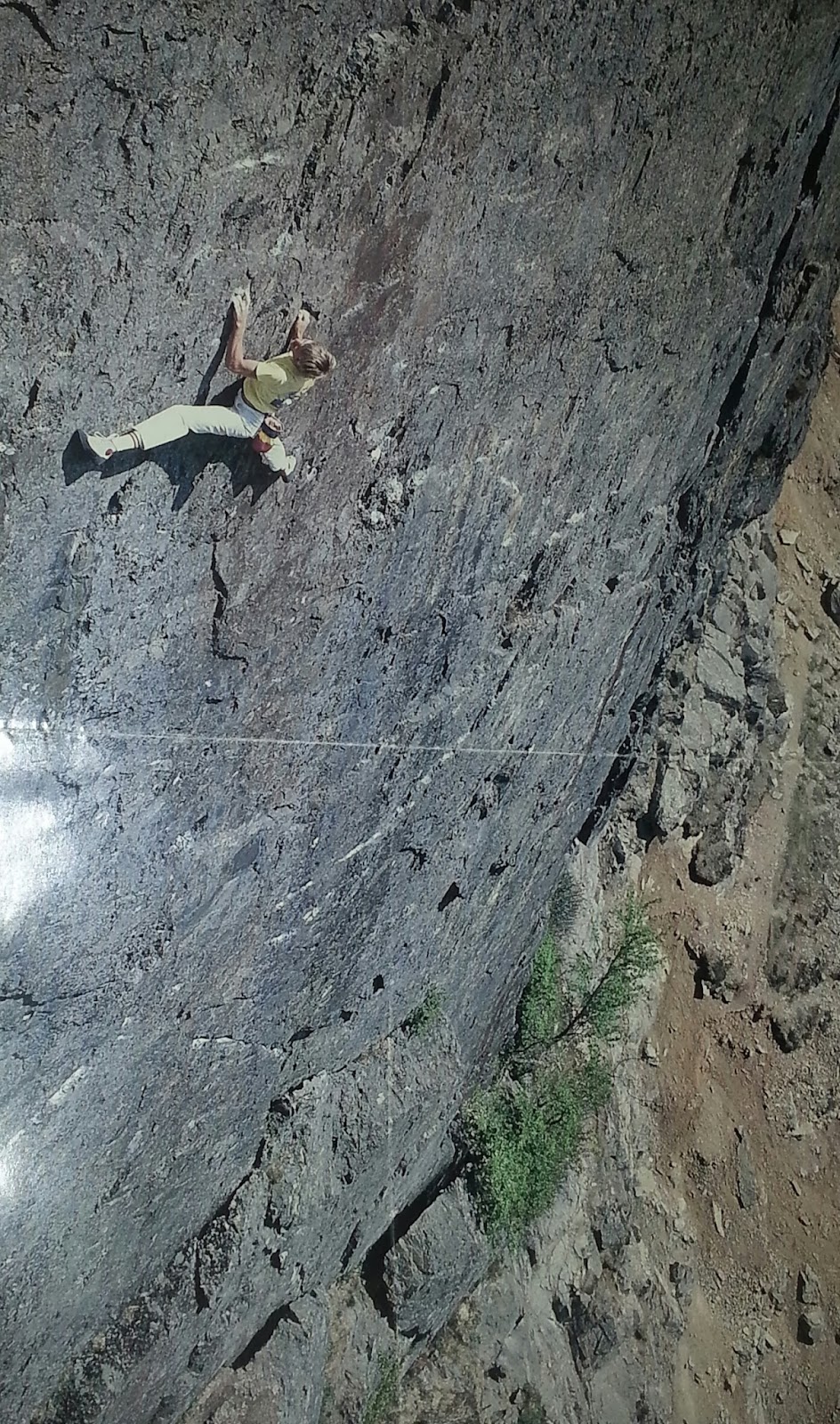